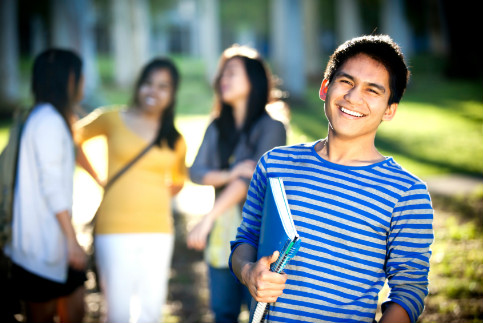 Based on the university league tables, world’s academic community has named the most competent UK higher educational institutions (find out what are the best high schools in the USA). Taking into account the rankings of each famous university, experts have offered the best decisions for the students worldwide. Many of them come from different global communities to study in one of the strongest institutions in terms of teaching a specific subject, campus, and other buildings.

In case you have already chosen your university, but lack skills in writing an application essay, you may find fast help here. This part of the admissions is really important, so it may really increase your chances to win.

On the whole, 71 universities with the highest rankings from the United Kingdom were added to the list of the QS World University Rankings 2016-2017. Four of them appear I the global top 10 table. Below you can find the results of the last year’s research. They are focused on the country’s top 10.

Despite the first UK university which comes to the mind of any international student is Oxford, the University of Cambridge still has better rankings. It is one of the most ancient educational institutions in the world with one of the highest rankings of all time. A legendary school is closely related to the business cluster ‘Silicon Fen’. More than 19,000 students study here today.

The high rankings of this university can be explained by the time it is present on the academic arena. Being the oldest university of the United Kingdom and other countries where English is the national language, it has ranked sixth in the world in year 2016-17. No less than 27 Nobel Prize winners known for their amazing research activities and innovations support this position. Sir Stephen Hawking is one of the famous alumni.

Taking only London city into consideration, Univeristy College London is the best ranked. It has happened two times for the current academic year. It is included on the third place among all universities in the United Kingdom. 40% of all graduates are interntional students. Thanks to the impressive country list, University College London is called a global one.

It is the fourth UK university which was reserved on the list of global coolest educational institutions of the current year. The rankings are also high: the university is number nine in the table. The two things that make Imperial College stand out from the rest of the quality teaching providers are excellent research services and opportunities for innovations. According to the well-known historical fact, the university opened the first academic health science center on the territory of UK.


The fifth university is on the first place among all Scottish educational institutions due to the high rankings. The school was launched in 1582. It is the member of the elite Russell Group, as well as the League of European Research Universities.

This university is situated on the south of the country. The rankings helped it to achieve 21st place in the entire world. The university can be easily searched once a student enters any keywords associated with studying healthcare and nursing and medical teaching and research. Its Florence Nightingale Faculty of Nursing and Midwifery is the best proof.

It’s number 29 in the word’s table. The recent year has the University of Manchester among the teaching leaders. The place is a well-respected Russell Group member. The structure of the campus is single, and it is the largest in the country when speaking about the quantity of students living and studying over there.

One more university from London city is proud for its rankings and improved academic services. The last year this university managed to rank joint 37 globally. The institution is a perfect guide on social sciences with a rather diverse full-time student population coming from 140 countries (!) of the globe.

The impressive academic rankings (number 41 in the global table) can be explained by the fact that University of Bristol belongs to the Russell Group of research-intensive universities in the United Kingdom. It has introduced 12 Nobel Prize winners to the world.

Right, Warwick is not just a music company producing guitars and other instruments. The university is based a self-contained campus next to Coventry. The ranking number is 51 in 201-17 academic year. The powerful international standards of the university have impressed the league.

Other outstanding 20 UK universities are…

More help and application tips can be found at one of the most respected online writing services for English-speaking students around the world. A student should remember that he or she has an opportunity to order fully unique application essay that would work for any institution mentioned above.

Study hard to get enrolled in the university with the highest rankings according to the University League Tables 2017!

In need of professional academic backing? – Look no further!
Get a price quote & proceed with your order!
Staying on this website means you agree with our Privacy Policy and the way we use them for your experience I AGREE